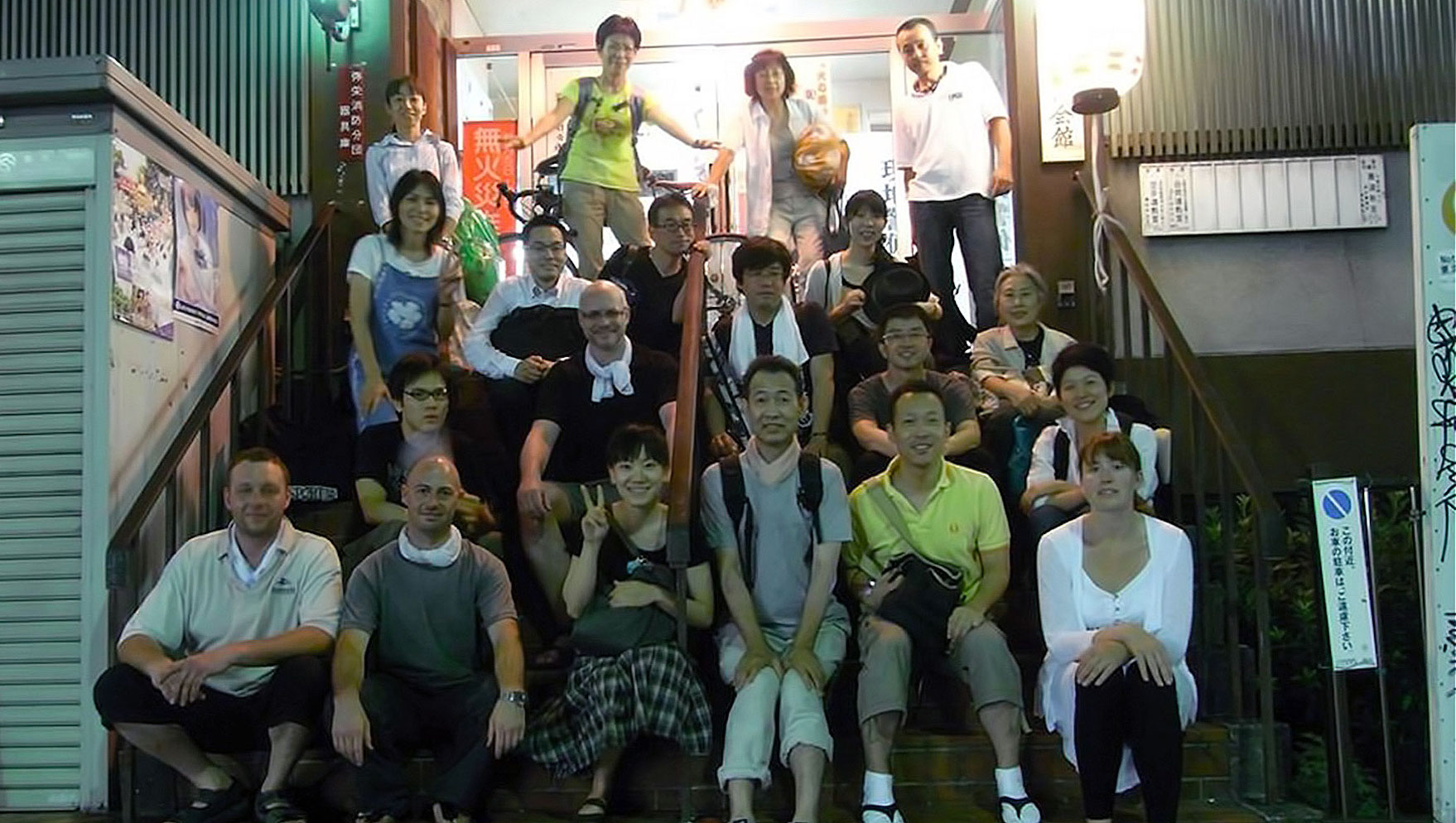 On the steps outside Koshiro Dojo. Kyoto, July 2011. 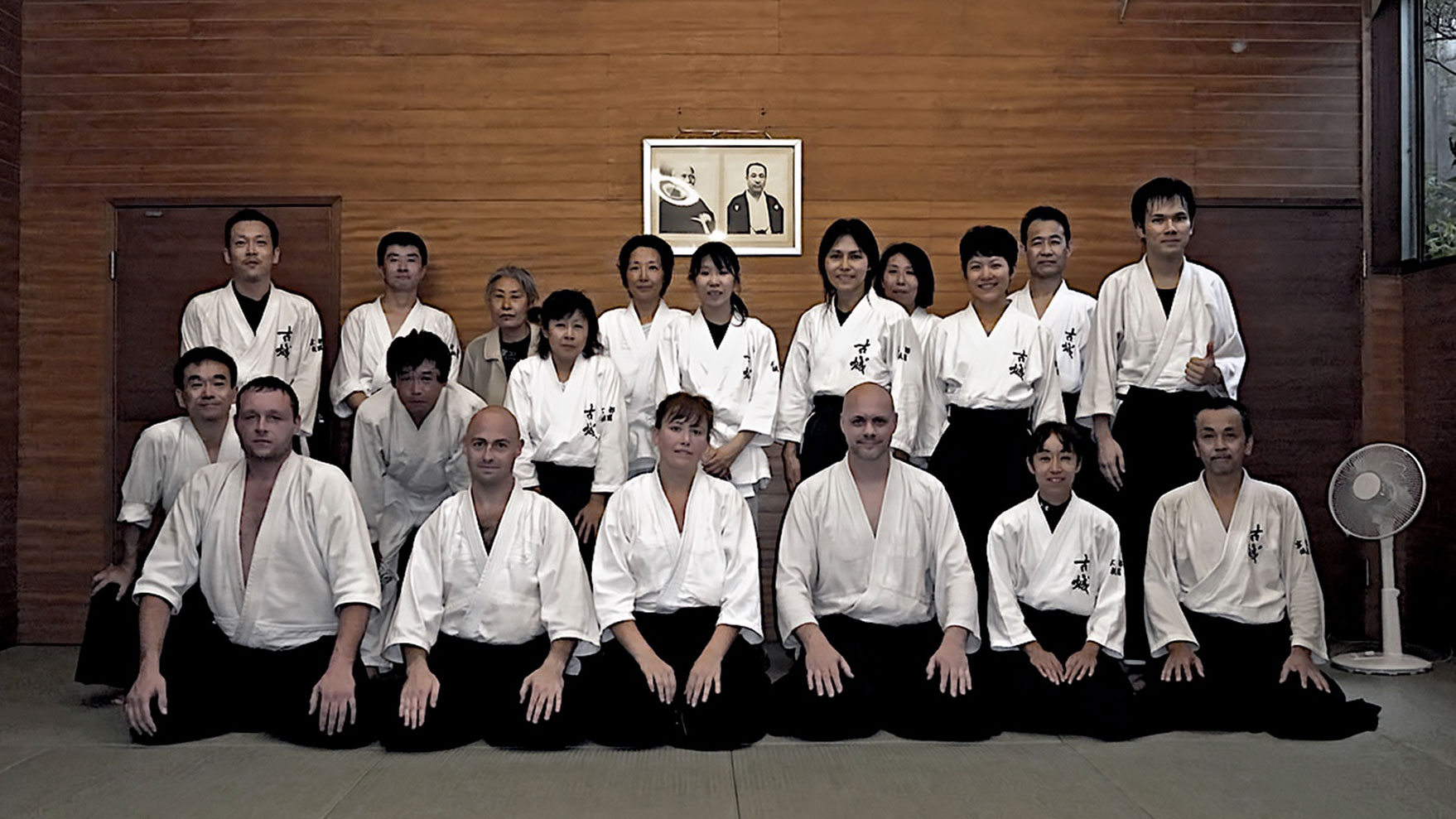 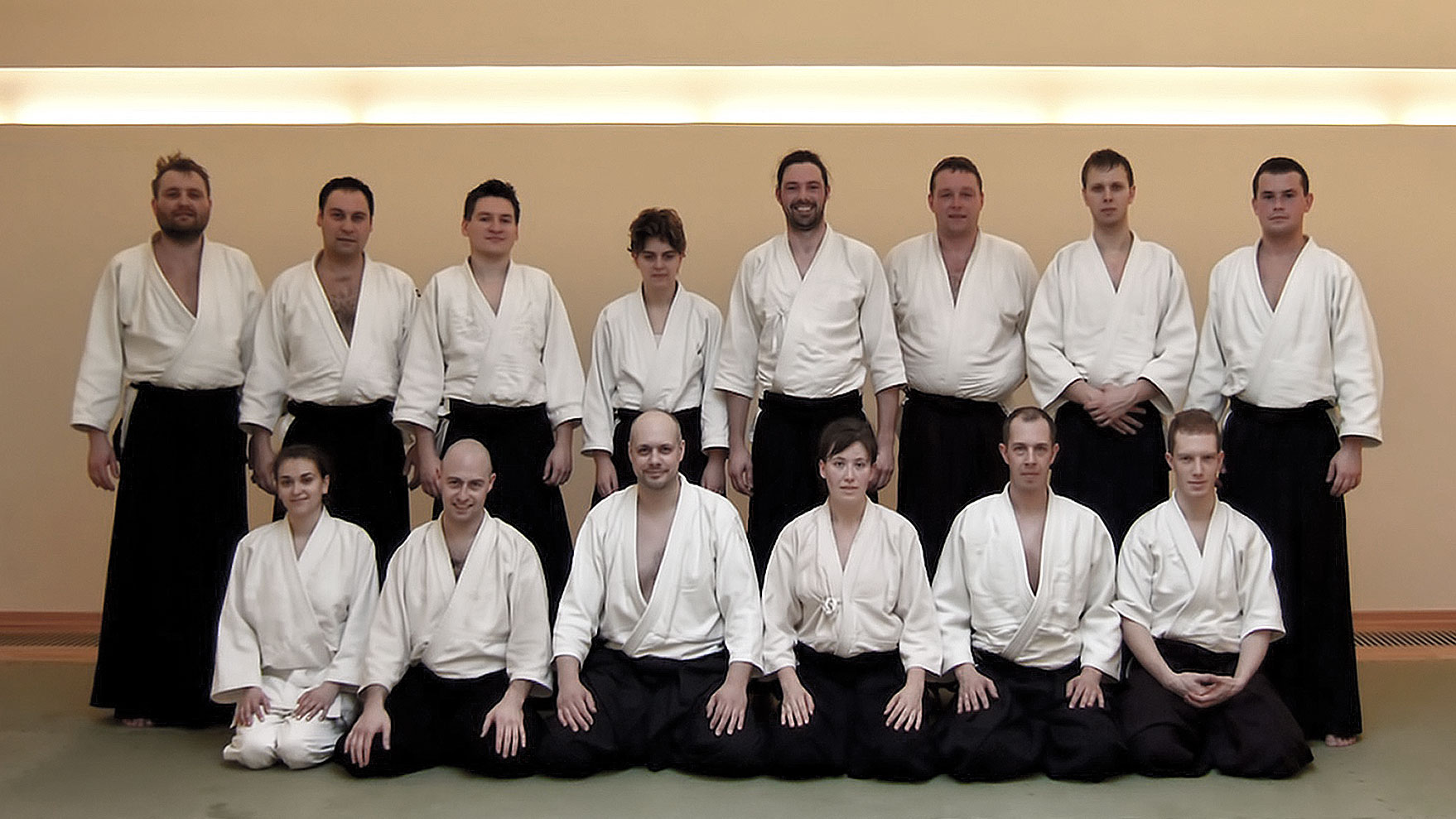 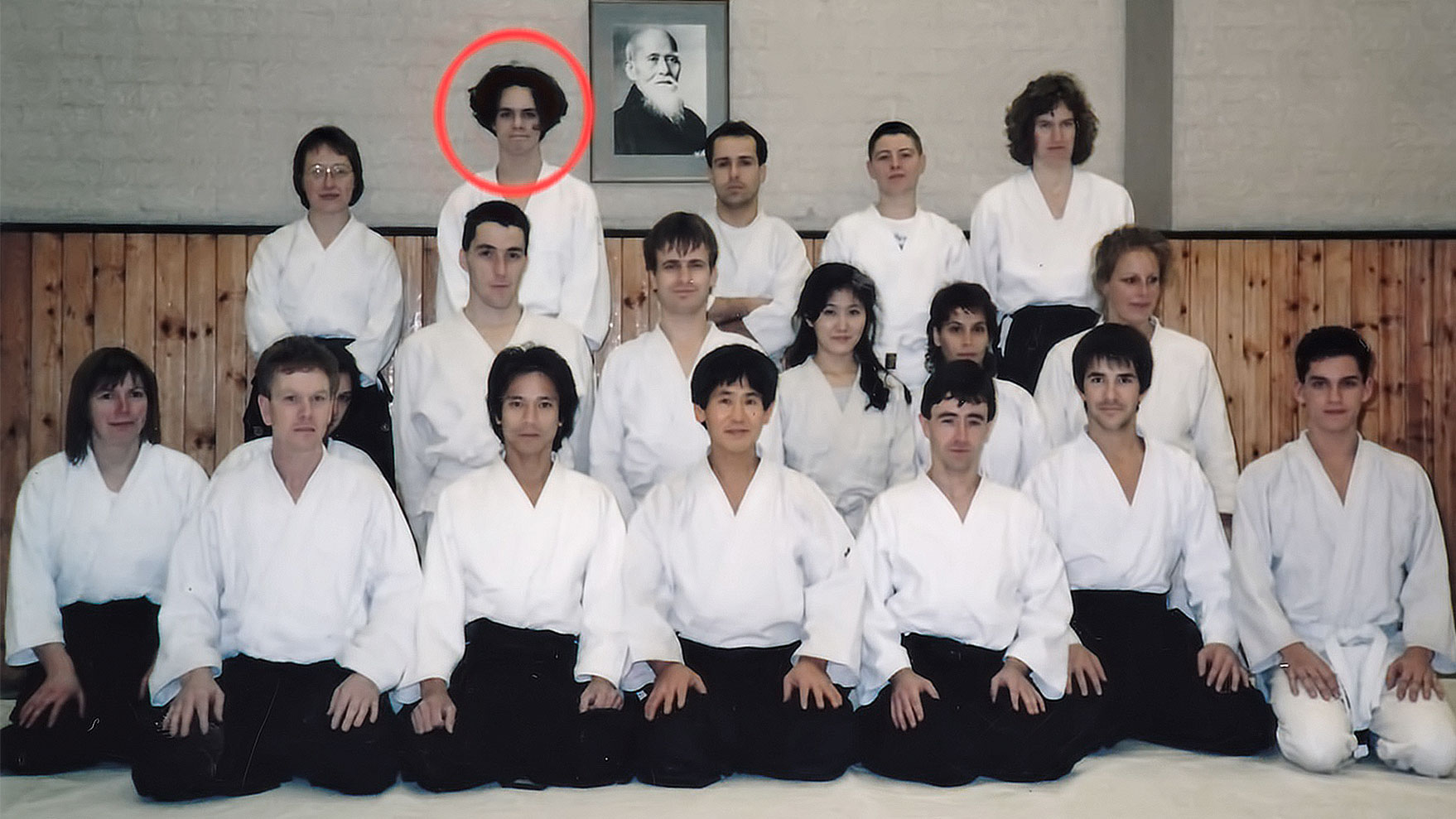 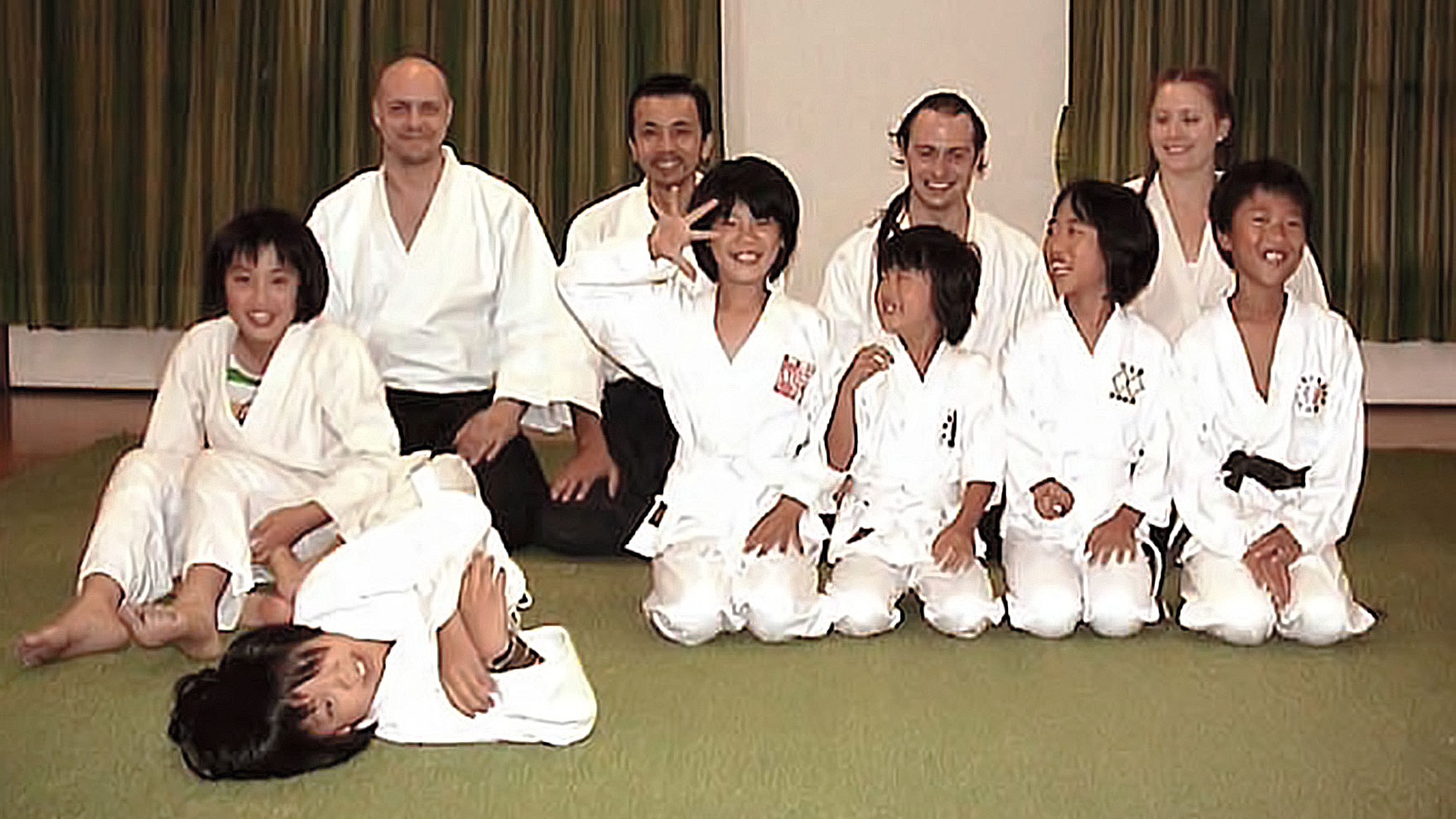 With Fujimura Sensei and the kid's class. Kyoto, July 2001? 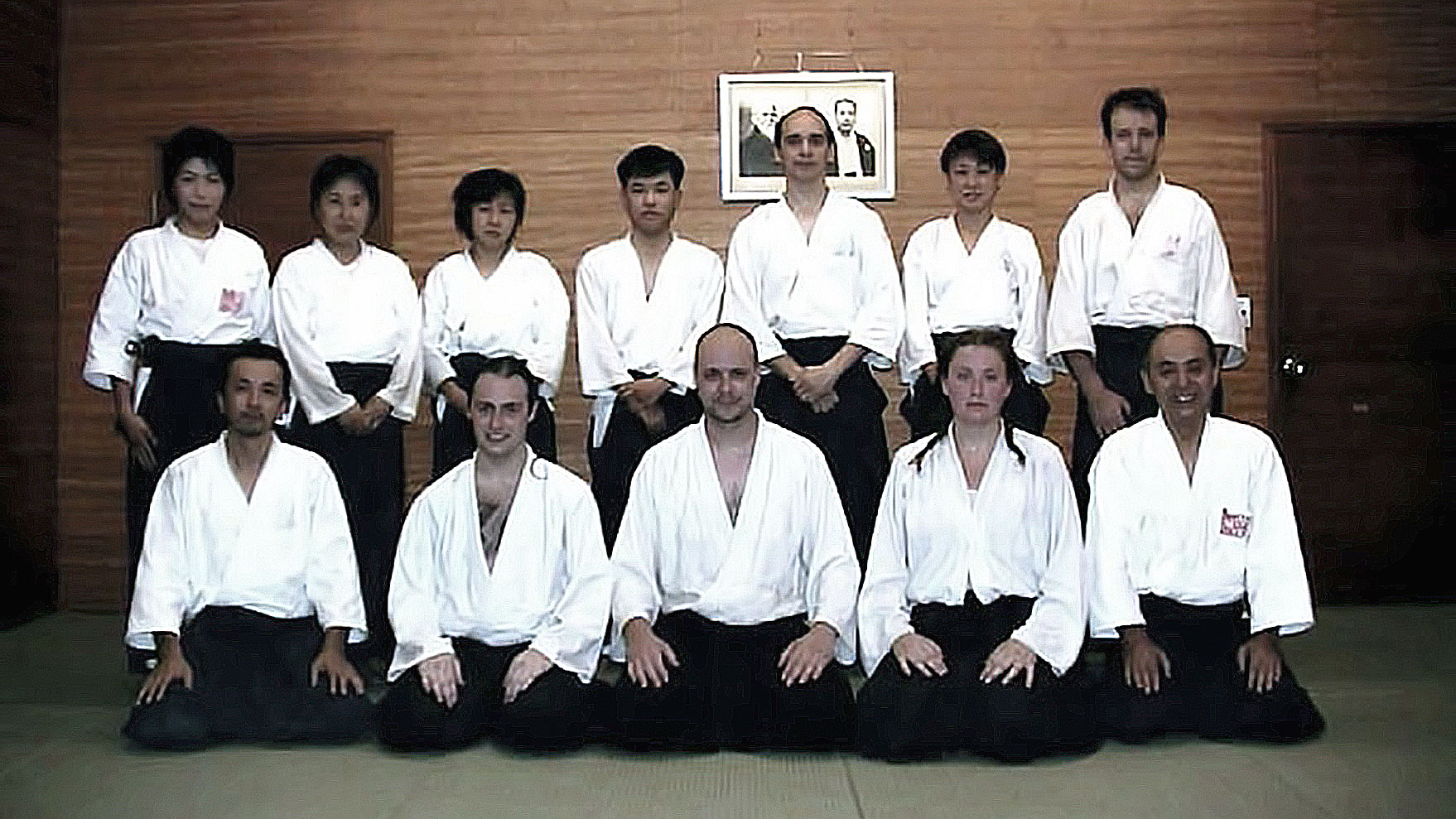 Aikido is a Japanese system of self defence that is fundamentally non-aggressive and non-competitive.

Despite the brutal potential of the techniques, the object of the various throws, locks and pins is to neutralise and immobilise aggressors rather than cause them injury.

We practice a soft, dynamic and technical form of Aikikai Aikido. The origins of this style are with Tanaka Bansen Shihan, a pre-war student of Aikido founder Morihei Ueshiba.

EBK is directly affiliated to the Osaka Aikikai in Japan. Our gradings are ratified through them by Tokyo Honbu.

The original EBK dojo in Exeter is also known as Exeter Aikido, and was established by Paul Magee in 1997. There is also an EBK dojo in Poznań.

James Wenger joined the Eigoku Bansen Kai not long after it was established. He is the senior instructor at the Exeter dojo.

Lucie Spiers also joined shortly after the club was established, and like James has taken all her dan grades in Japan.

Richard Perring was already dan graded before joining us on his return to Exeter in 2000.

Joe Dickinson was awarded his dan grade during our 2011 Japan trip.